We are experiencing significant demand for our online school tutoring. Fast track your enrolment by completing it online: Enrol Online Now

We are currently experiencing increased demand for our online school tutoring

Due to the disruption to normal schooling across the country there may be delays when enquiring.

Fast track your enrolment by completing it online

Is It Better To Have Math Instruction In The Mornings?

Home > Maths Tutoring Blog > Is It Better To Have Math Instruction In The Mornings?

Is It Better To Have Math Instruction In The Mornings? 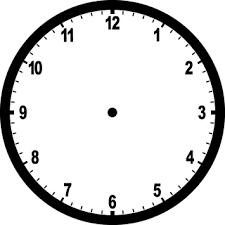 Could the solution to your teen’s math struggles be found in their school schedule? Could requesting their math classes to be earlier in the day or later in the afternoon be the key to better grades and a deeper mathematical understanding?

Teachers, counselors, academic advisors and other educational professionals are split right down the middle about whether having math classes in the morning are more beneficial than having them towards the end of the day. Advocates for early math classes state “early morning learning is associated with superior immediate recall when compared to learning in afternoon or evening. However, material initially learned in afternoon is more beneficial to long-term memory recall.” https://perspectives.columbusstate.edu/v12_i_1/4-TimeofDay-Print.pdf

Elementary students usually have their math lessons early in the day before lunch, but since high-schoolers have their classes assigned to them randomly, there is a good chance they aren’t taking every class at their optimal learning time. The left side of the brain (the side responsible for short term memory language, understanding and conceptualizing ideas, mathematics, etc) is more active in the morning. The right side of the brain (the side responsible for long term memory audio and visual stimuli, artistic expression, facial recognition and spatial reasoning) is more active in the afternoons. In would make sense, then, if students were using the math and logic side of their brains in the mornings and their artistic sides in the afternoon. However, it’s not that easy. Because math uses both long term and short-term memory, and can be a combination of spatial sense, numeric manipulation and many other concepts, it does not fall neatly into a “left brain” or “right brain” category. A study done of 80 eighth graders did not show a significant difference between students who took a math class in the mornings vs. those who took an afternoon math class.

So if there is not set answer to the question “When is it better to take a math class?”, parents and teachers can take a few things into consideration. Most importantly, it’s important to consider the kind of person the teen is. If a student describes him/herself as a morning person, it may be beneficial for them to take the classes they’re struggling with first thing, in order to work at a time when their brains are awake and the most active. If the teen would and could sleep until noon every day, and are not a fan of mornings, they may want to schedule their more challenging classes towards the middle or the end of the day to give themselves time to wake up. Many students take advantage of later math classes so they have an opportunity to study during lunch on test days, while others like to take their math class first thing in the morning before they “forget” what they studied the night before.

Parents and tutors who feel like they’ve tried everything to help their struggling teen may want to take a look at their schedule and see if switching a class from the morning to the afternoon (or visa versa) would be beneficial.