We are experiencing significant demand for our online school tutoring. Fast track your enrolment by completing it online: Enrol Online Now

We are currently experiencing increased demand for our online school tutoring

Due to the disruption to normal schooling across the country there may be delays when enquiring.

Fast track your enrolment by completing it online

Tips For Teaching Numbers In Word, Expanded and Standard Form

Tips For Teaching Numbers In Word, Expanded and Standard Form 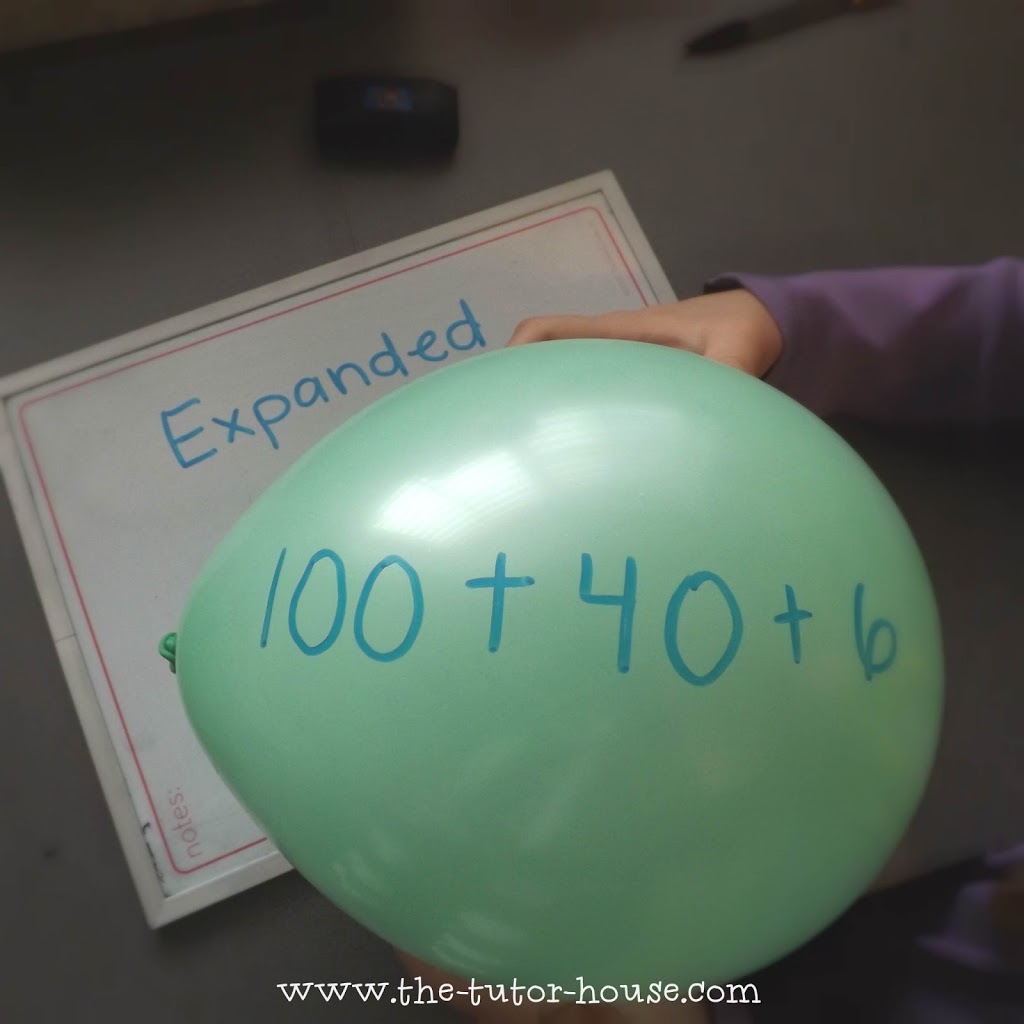 For students in the primary grades, learning how to deal with numbers in their original form can be challenging enough. When you introduce standard, expanded and word form, they may feel overwhelmed and under-enthused. They may get confused with the difference between expanded and word form, or may not understand why the numbers have to have all of these different forms in the first place! If you have a single balloon, you can make this lesson very visual, and in turn make it make sense to your struggling student.

First, take a deflated balloon ad have the student examine it. Talk about how although it does not take up a lot of room, it is still a balloon. It is a “standard” balloon before anything has been done to it. Take turns calling out numbers and writing it on a piece of paper below the balloon. Practice this until the student understands that a number in standard form is the way we are used to reading numbers, such as 147.

Have the student inflate the balloon just a little bit, but not all the way. Explain that writing numbers in expanded form is just another way to represent the number in standard form. It takes a up a little more room than it did when you were practicing with standard form, but it is still a balloon. Explain how writing numbers in expanded form is a way of breaking the number down and what numbers need to be added together to make the standard number. In the example of 147, the student would write 100+40+7 directly on the balloon to illustrate expanded form.

Finally, have the student blow up another balloon up as much as he/she can.  Explain that in when expressing a number in word form, you need a lot of room because you have to write out, in words, all of the numbers that you hear when you say the number out loud. The balloon, now taking up much more space than it did when you were discussing standard and expanded form, is still a balloon, it is just taking up more space. Same goes for the word form of the number: Same number, just taking up more space to depict.

You can practice this on different balloons and allow your student to take them home to play (what kid doesn’t like balloons, right?) This will help keep the visual reminder fresh in their mind. When it comes to the test, they will remember playing with big, blown up balloons with words written across them, and this will help them remember that word form takes up the most space. When they are playing with the less inflated balloons, they will be able to visualize the expanded form on the balloons that take up less space than the word form balloons.

Another great way to practice numbers in expanded form is by using three small, Styrofoam cups and a marker. A quick how-to guide can be found here.

Children working with numbers in the primary grades can greatly benefit from seeing visual representations, as it not only reinforces the recognition of the numbers, but also helps the grasp ideas and concepts that are abstract.