Due to the current situation we are experiencing significant demand for tutoring. Fast track your enrolment online: Enrol Online Now
1300 312 354
1300 312 354

How much tutoring
does your child need?

New concepts introduced in Year 3 maths include extending numerical operations such as counting, addition and subtraction of numbers up to four digits. This builds on student’s knowledge from the previous year. Other introductions include learning about squares and multiples of numbers, working with fractions beyond halves and quarters and working with numbers up to 2 decimal points.

Overall, students expand their knowledge of whole numbers, fractions and decimals and improve on previous capabilities by using these numbers with addition, subtraction, multiplication and division.

The core contents of year 3 maths include counting whole numbers by tens and hundreds and learning to add and subtract numbers up to four digits e.g.23 + 321, 4950 – 695 etc.

For multiplication and subtraction, year 3 maths skills include finding multiples and squares of numbers e.g. the square of 2 is 4 and dealing with remainders in simple division problems. Maths in year 3 also involves learning to write and work with fractions whose denominators are 2, 4, 5, 8, 10 and 100. Year 3 is also when students will learn about equivalence between fractions as well as write and compare decimals up to 2 decimal places.

Year 3 Maths is a considerable jump from previous years for most students. It is in year 3, that students will be required to state in words the number patterns and numerical operations they perform. This may seem straightforward but most students find it difficult to combine thinking in numbers and recording in words. In addition, certain numerical operations, most notably those involving combinations of four digit numbers and lesser digits may prove difficult for some students.

At the end of year 3, students should be able to count, order, read and record numbers up to four digits. They should be able to add, subtract, multiply and divide numbers with these digits. Mastering addition and subtraction of numbers in 2 decimal places should be achieved here too.

MOST IMPORTANT CONCEPTS TO ENSURE YOUR CHILD UNDERSTANDS IN YR 3 MATHS?

Ability to add, subtract, multiply and divide whole numbers up to 4 digits as well as add and subtract decimals up to 2 decimal places are the most important things for your child to know in year 3 maths.

IF YOU CHOSE TO GET A TUTOR, STUDY HABITS AND CONTENT TO FOCUS ON IN YR 3 MATHS?

When you get a tutor, he/she should and will focus on giving your child more time practicing mathematical operations (addition, subtraction, multiplication and division) in more digits and decimal places. More study time and more examples are very important strategies for giving your child the needed edge. It is also here that your child should gain the other important skill needed in this year: ability to record these maths operations.

It is important to know that year 3 is still pretty much introductory to young maths students. Therefore, the chief challenge will be to match the pace of learning of the student and develop the beginning of important analytical skills to handle more difficult maths problems.

Another common challenge around this grade level is teaching students to seek understanding rather than rote learning content. It is important to start focusing on this at an early age otherwise students tend to develop a “rule dependency” approach to mathematics.

SOME GOOD IDEAS ON HOW TO HELP YOUR CHILD IN YR 3 MATHS?

Helping your child in Year 3 maths will take a fair bit of dedication and patience. Students here are known to take a while before embracing and tackling more intricate problems than they are used to. Therefore, prepare to give, or have someone qualified give, a few hours a week to guiding your child through the year.

What they say about our tutoring

Thanks for the email. We are very happy with Lisa. She is bright and keen and has established a very easy rapport with Xiao. Xiao actually really likes her. We feel very confident that Xiao will continue to make progress with her maths.

Thank you for your follow up.  Ty is progressing well and we are all happy with the way things are going (mum, dad and Ty).  Apart from the normal issues, that sometimes he just “doesn’t feel like it” at the beginning of the session, he enjoys the tutoring and is gaining benefits already.  Though Ty has always had quite a good understanding of Maths, the idea of tutoring was to…

Thank you for your email received today.   I am very pleased to report that we are very impressed with Minh and his approach to tutoring our son.   Minh is a very responsible and passionate teacher, we feel his enthusiasm will promote Elijah-Taye to the required level in a reasonable time frame.

So far so good, Nicole is doing a lot better and Nidhi seems to be a great help.

I texted Nathan to say well done cos April got a B- on her maths exam. Huge difference in her grade and her attitude, she's sooooo happy.

Andres is doing a fantastic job, he has a great rapport with Rio and is incredibly professional in his approach.   Thank you for providing Rio with such a wonderful maths tutor.

Lauren and Caitlin have got off to a good start. Lauren is very understanding of Caitlin’s needs and has worked really hard on preparing her for her first term Math exam. Caitlin has already built some confidence knowing she will do better ( after starting with Lauren). She also knows it is only early days. Lauren is very good at explaining things at a Caitlin level.

Jamie has said he thinks the maths tutoring is good and feels more confident in maths tests at school. He seems to have a positive attitude towards his maths tutoring sessions and responds well to Cal's patient and encouraging approach. 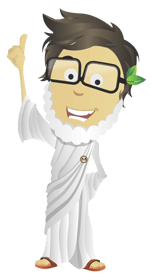 Our philosophy to teaching is based upon a firm belief that every child can succeed at maths or any other subject, given the proper encouragement, motivation and tools. We believe that a tutor’s …

"It's not how much we give but how much love we put into giving."